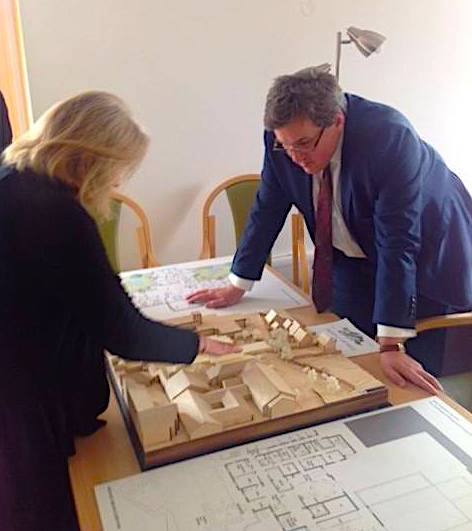 For my third key local mission, I again turn to an issue I campaigned on at the last election in 2015 – Planning. When I was a local councillor, I learned just how frustrating it can be when you aren’t in total control of the planning decisions in your own patch. For an area like NW Hants, which is is seeing a huge amount of house building, this is particularly important.

The answer is of course the neighbourhood plan and a number of towns and villages have grasped this opportunity with alacrity, Love Overton, Whitchurch, Oakley and Kingsclere among them. With these plans, the local community debates and decides where, and what kind of housing they want. Local people are supposed to be in control and it should mean no surprises. However, developers are a wily bunch and have sought to challenge these plans with speculative applications, like the Great North Field in Overton, even though Neighbourhood plans nearly always produce MORE housing than the target set centrally.

However, following a idiotic decision by the planning inspector in Oakley, which in effect overturned a neighbourhood plan, it was clear that there wasn’t enough protection for these plans. So I campaigned for, and won, a change in the law which makes them much stronger and means they can rarely be overturned.

But I want even more local control and so will continue with this campaign. In my view where a local authority has a valid local plan agreed, and a village in the same area has a valid neighbourhood plan, the Planning Inspector should have no powers whatsoever. I want planning to be truly local and that is what I will try to achieve.