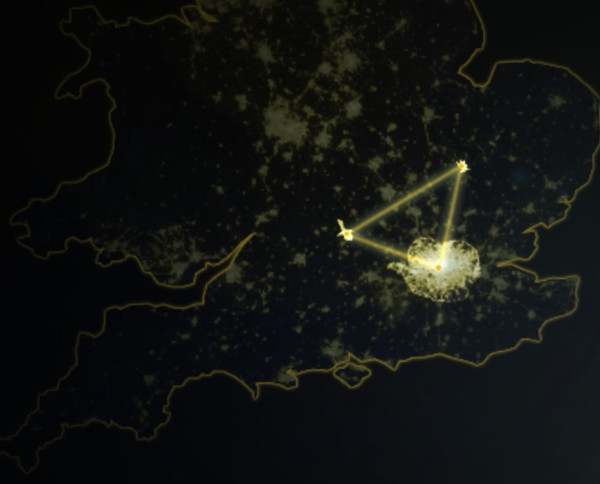 More by accident than design the South East of England has become possibly the most powerful life science discovery engine on the planet. An unparalleled era of academic ambition has seen our universities expand and excel at a prodigious pace. London and the South East now has five of the world’s top 40 life science universities, more than the rest of the EU combined, and they all have plans to grow fast.

New campuses, research centres and laboratories are sprouting all over the “golden triangle” formed by Oxford, Cambridge and London, with Imperial, University and King’s Colleges at its heart.

The region already contains the largest agglomeration of high quality scientific research in the world. When you add in globally significant new developments like The Francis Crick institute in London, an entirely new medical research organisation housing1,500 scientists, the air is positively crackling with possibility.

Except, there’s a problem: We have largely kept this phenomenon a secret from the world. Well, we’re British; we don’t like blowing our own trumpet (yeah right). The truth is we just hadn’t put the jigsaw together. There it was, staring us in the face, and we just didn’t see it – until today.

This morning an idea that began life in my drifting thoughts on a crowded Tube carriage, and gained shape and coherence when bounced around by my team at City Hall, is announced as a reality by the Mayor of London.

We had seen the amazing rise of the tech and digital sectors in the Capital, supported by a dedicated organization called the Tech City Investment Organisation. Run by entrepreneurs but paid for by the government, it carefully nurtures the sector without stomping all over it. As a result, 27% of all new jobs in London are in that industry.

The truth is, I’m a closet science geek so I put these two notions together, for I was convinced that London needs to capture all those discoveries in life sciences and turn them into companies, jobs and cures. Let’s reproduce a winning formula: As a joke, I called it Med City.

The name stuck and this morning Boris announced the establishment of Med City, complete with a Chairman, a stellar advisory board, offices, staff and a budget. A year of careful coalition building and budget submissions has resulted an organization whose mission is to build the life sciences industry in South East England to be as globally significant and economically critical as financial services is today.

The first task is to build the cluster in terms of participants. We already have GlaxoSmithKline and Astra Zeneca who earn more than £50 billion (in mostly exports) between them. But who else do we need, large and small? There is movement already: Johnson & Johnson, the world’s largest healthcare company have put down a cat’s paw, an innovation centre, as they sniff the air looking for opportunity. Critically though, we need the world’s venture capitalists to see the opportunities and colonise rapidly.

But we must also build the cluster physically. Do we have enough incubator and follow-on space for entrepreneurs to grow? Should there be a fast rail link between Oxford and Cambridge? (The answer is ‘yes’, by the way). Are there large scientific installations and institutions that could be located in the region?

Discovery happens somewhere, in a building, in a piece of equipment, paid for by someone – have we got all the stuff we need?

The model of the life sciences industry is changing rapidly and the C word is in vogue. Such are the risks, regulation and cost of drug discovery these days, that ‘collaboration’ is the only way. Med City’s second job will be to enable this joint working and animate the cluster. Collaboration among academics, between them and the industry, and then in turn with the mountain of cash that sits in London’s coffers will be critical. Cash doesn’t just need to find discoveries; if we are to make any progress, it needs a hunger for discoveries.

And of course London is blessed with a living laboratory in the National Health Service. Every genome type exists in London so you needn’t travel to conduct your clinical trial. Another key task will be opening our hospitals.

The third job will be to promote the cluster. Alongside the research sits manufacturing of course, and we want as much of that as we can get, but there are other areas of importance economically. For instance, London has the world’s largest collection of medical publishers. Our private hospitals are big earners for the city. Medical and related conferences are flocking to the capital. Next year we have 35,000 cardiologists meeting at Excel, which is worth £120 million to the city. We want to be seen as the landing place for science in Europe and we now have a compelling story to tell.

Despite solid evidence to the contrary, much of economic life in the UK is based on the erroneous notion that growth is a zero sum game. The result is bitter regional competition for business and investment, with much of the bile aimed at London. So when three highly competitive regions decide to join forces, and see their offerings as complementary, it is a special day. When that also involves five top universities laying down their academic rivalry, then the world really should take notice. Not least because in doing so they might work together to solve some of the most intractable problems and debilitating diseases that affect all of us no matter where we come from.